No to Olympics!: The Victory of All Hamburg People Against the Great Madness 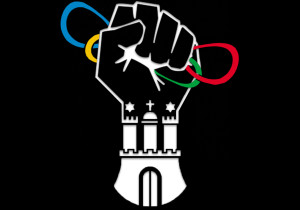 One thing becomes clear after the results of Olympia Referendum in Hamburg: 2024 Olympic Games will not be organized in Hamburg definitely. Citizens in Hamburg rejected their municipal leader Olaf Scholz’s Olympia proposal which was deliberately ridden by the great madness. Supporters of Olympics tried to explain their defeat by referring it to external factors such as Paris attacks and scandals in athletics. In fact, people in Hamburg rejected this proposal because they clearly understood the facts behind 2024 Olympic Games: Gentrification, Displacement and Waste of taxpayers money.

In referendum for Hamburg’s application to 2024 Olympic Games as the Host-City, the side of opposition has won. Despite the majority of parties in Hamburg’s city parliament (SPD, Greens, FDP and CDU); enthusiasm of big sports federations (such as DOSB and HSB) and generosity of business lobby which did not refrain themselves from offering their financial sources for hosting this 16-days spectacle; almost 52 per cent of voters in Hamburg voted against the proposal. Olympic supporters had millions allocated for PR-campaigns however they failed to attract people by their side. Bloated advertisement campaigns and exploitation on emotions did not win against the power of better arguments. A short time before the referendum, possible profiteers of hosting the games tried to affect public opinion by employing some partly obscure methods. Torch runs, light shows and private voting booths in shopping centers failed to give effects.

Million-Campaign of Business, All Parties Coalition and Sports Federations did not Succeed

The most encouraging of all is opposition against Olympics have won despite a massive imbalance in financial power and visibility in media: While Pro-Olympics cartel could use more than millions of Euros for their PR-Campaigns, opposition against Olympics did not have any remarkable budget. Meanwhile, the supporters in regional press lost their journalist neutrality with one-sided information and mostly slid towards the side of Pro-Olympics. As an example German tabloid BILD made an Olympics propaganda without giving any place for criticisms and printed a „special edition“ in huge amounts which were distributed to all houses for free.

The Defeat of Hamburg’s Senate, Business Lobby, DOSB and Media

Instead of facing with the reasons of their failure, representers of Olympic Application Company implied that external factors might have played a role in rejection. The manager of Olympics Application Company, Nikolas Hill, surrounding circumstances might have been responsible, not the concept. It is possible to say that Paris bombings, FIFA and athletics scandals might have contributed into the result. Honestly said, citizens of Hamburg clearly understood what lies behind the project „Olympia 2024“: Gentrification, Displacement and Tax-wasting. Criticisms from social unions like BUND, budget commission, sustainability experts (Zukunftsrat) and academia were ignored and put under the desk. The majority of voters did not believe the lies of International Olympic Committee (IOC) reform and denounced the conditions in Host City Contract – despite its softened language- which brings a total financial responsibility on debts, tax exemption for IOC and its sponsors, interventions on the right of peaceful assembly in earlier oppressive contracts. The financial report of their billions for a short-life spectacle and wrong promises by Sports federations dropped their crowns; while city agenda was busy with locating the refugees, inadequate social housing and poor conditions of sports facilities.

For Red-Greens and Olaf Scholz, Olympia referendum became their second defeat after the referendum on energy networks. It made clear that Hamburg’s Senate had no convincing concept on urban development which is beneficial for the majority of people. In contrast, Senate considered unrelated topics – such as the construction of houses, development of city quarters, sanitation of sports facilities – closely related with Olympics as if they were not possible without hosting this mass event. Now it became questionable that how Senate will be capable of realizing its promises in these fields without hosting the Olympics. The planned investments for Olympics amounting yearly about 200 million Euros (after 2017) should have been invested in social infrastructure with higher priority such as sanitation of sports facilities, social housing, education and the inclusion of children and youth . This money can and must be invested by City Senate, also without Olympics.

Instead of realizing the necessary investments in these fields, City Senate became involved with neo-liberal events which make city quarters more expensive and more attractive for private investors as well as international speculators. Here, whatever previously perceived in the middle point of public necessities, such as social housing or public sports facilities, are now replaced with huge skyscrapers for business and sport arenas with exaggerated dimensions. The city and public spaces are being submitted into hands of private capital owners step by step. Buying and transforming a part of the harbor for hosting Olympic Games was not an exception.

The Politics Distanced from Citizens

In Scholz’s first speech after he lost the referendum, he made it clear that maxims of gentrification and dislocation gained the highest priorities. Old and new concepts for Hamburg Olympics played more than a catalyst role. „Jump over the Elbe“ or „Upstream between Elbe and Bille“ will change the last remaining working class city quarters as we know from London and Paris: people with lower and middle incomes dislocated to outer city rings and city center will be located by inhabitants and firms which own higher incomes.

Shortly after they lost the referendum, the first reactions from SPD politicians (like HSB manager Mantell) voiced their demands for limiting the direct democracy. These demands manifest how politics of rulers alienated to people. 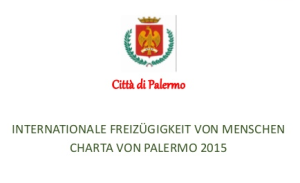